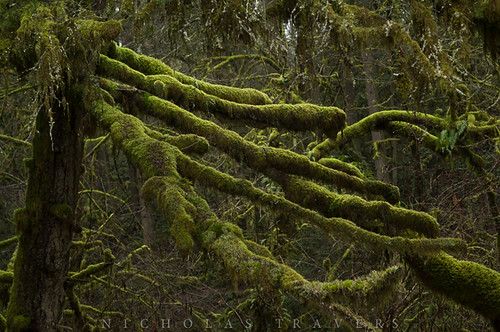 Winter’s depth, but snow gives way to rain.
Above – gray light bathes everything, filtering down with the rain
to make bright boughs glisten their emerald green.
Reaching and Descending 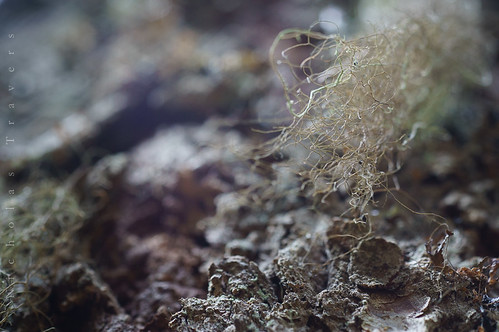 Posted by stawastawa | Filed under Day to Day, Photography, Umgebung

A brief outing out of the city, with the sunshine to the countryside; traipsing through the woods to spy some mushrooms, then arriving at a sandy beach to soak and play with rocks.

Of the beautiful scenes visited recently, these paths emerged

In the Cascades outside Eugene

After a decent breakfast at Paradox Cafe in Portland, OR we headed up into the Columbia River Gorge.  Out of the cloudy city, breaking from the fog into bright daylight and some sunshine! END_OF_DOCUMENT_TOKEN_TO_BE_REPLACED

A return trip to Bad Peterstal-Griesbach, to indulge in the rich mosses I found up above the Glaswaldsee and to catch some of the Perseids meteor shower.  (from August 2012)

Click one of the images below to browse through this visual recollection – as told in images and captions. END_OF_DOCUMENT_TOKEN_TO_BE_REPLACED

Just up the road from tumtum gardens is Table Mountain, It looms up behind Hamilton Mountain which rises up from Beacon Rock State Park in the Columbia River Gorge END_OF_DOCUMENT_TOKEN_TO_BE_REPLACED

A walk from the historic washington highway 14, near cape horn. Off into the woods of the northwest. A late …

Into the woods of north-west, outside of portland, for a bit of mushroom hunting.   The day is soft and …

In the north-west of the Schwarzwald lies the town of Bad Peterstal-Griesbach, a quiet valley with sweet homes, clear sparkling …

END_OF_DOCUMENT_TOKEN_TO_BE_REPLACED

This past weekend I completed my first tramp in the New Zealand Brush. A fellow CU Boulder student by the name of Clayton (who I had met but never really interacted with in my Minerology class) told me of a tramp into some hot springs in Arthurs Pass. So we planned our trip to Otehake Hot pools, and a third fellow AustraLearn study abroad student (Tom) planned to accompany us. Unfortunately the Tramping club (UCTC) got word of our plans, and, since they are bad planners, decided to appropriate our lovely little trip.

So, myself and Tom caught the bus and then made our way to the trail head, while Clay followed a half hour later (after being denied a ride by the Tramping club). Tom and I, followed by some of the CUTC, then clay stepped out his metal head ride, and finally two vans of CUTC trampers arrived, all within 10 minutes, at the Taramakau River trailhead. And we started out – HOW! – over the fence and off past the cows to the river. Down into the river, or lack thereof as we first traversed the pebble shore/flood path of the Taramakau River, and then plunged our feet into its cool embrace. Once through the Taramakau River we made our way into the brush, spreading our eyes and jaws at the green plethora that makes the brush, the shafts of sunlight streaming and strange trees punching towards the sky. In our excitement (and desire to avoid the CUTC) we lost ourselves in the bush a bit, crisscrossing the trail and stumbling upon an amazingly clear stream flowing between blue-green greys in the soft midday shade of the brush.

Our quest to avoid the CUTC was pointless (couldn’t outrun them or let them overtake us) so we eventually found our way back to the path and mingled. for a time we were on a farm road, near cows, and passing through streams that chilled our feet until the wool warmed us up again. Then we went back into the bush where we were continually distracted. Many large trees extending into the canopy above, spreading massive roots that push out from the base of the tree like steep mountain ridges and act as walls funneling us along our way. Moss grows like little flowers, or drips down trees like water.

We came to a lake and jumped up onto a log to bask in sunshine (trying to dry out our soggy feet) and eat some lunch. I had my favorite meal of peanut butter and banana between two rye crackers. on that lake we were looking up at the lower slopes of 1500m peaks. The sunlight was moving up out of the valleys and onto higher slopes, and with it we moved back into the bush.

At the end of the lake we descended a steep slope and came to the Otehake river. I made a quick run up another slope to cross the suspension flood bridge. It was a bit trying to first cross, swaying 20 meters above the river, standing on wires and skinny metal rungs covered by chain-link fence, but crossing back over was cake. we marched up river, staying on the pebbly sides of the river, fording now and then in the glacier fed water. Until, near dusk, as the sun was blazing on the mountain tops, we arrived to find the hot pools swarming with many of the CUTC. I will say that having the CUTC there meant a livelier bit of fireside conversation. But the hot pools were polluted by their lights flashing every-which way as they cooked on their gas stoves. Bah! I had to go out to the cold stone and find shade from their lights and the moonlight before I could appreciate the stars above and see two shooting stars, one very blue and long. Oh, and there were many overly friendly possums which bothered us throughout the night and needed to be chased off.

We had an early start in the morning as we made our way to the northeast ridge of Mt. Pfeifer and bushed through the brush. What an Adventure aye, I broke trail all the way up: avoiding bluffs and going up others, breaking through dense brush and small trees, trying not to slip on moss or get caught in bogs. Sweet as! Slow going as unfortunately Tom was not at the same level as Clay and I. On finally reaching scrub line and breaking free of the bush we were immensely elated gazing out at the dazzling peaks, whose foothills we had seen before. Don’t get the wrong Idea, the brush was almost more spectacular. To wander such a warm and fuzzy wonderland in winter is astounding. The moss covers all and the sunlight streaming in reveals amazing Russian hats on trees and long wise beards in the trees, or logs scattered like pickup sticks in what looks a comfy nest for hundreds of meters around.

After a few dense thickets in the scrub we made it to the tundra (about 1300m) where we were promptly greeted by a few gorgeous tarns, still water rimmed in what else but a light shade of green, and a goat on the ridge-line above us.

Tom at this point was exhausted and the going got slower. on reaching a false summit (which we had identified earlier) we realized that we had a lot of ground to cover over steep and increasingly snowy terrain. Westerlies were blowing some clouds in and threatened to bring rain. we went on along the ridge to evaluate options, and had to abandon our hopes of reaching the summit and decided to descend the runoff bellow and make for bushline before night and rain caught us at elevation.

We made our way down a steep couloir, gently directing and encouraging Tom, onto some scree for some fun skiing and then into the george for a long and knee pounding final descent. I mean LONG! we made the bush but the banks of the creek were too steep and we couldn’t find a campsite, so we kept on past the boulders left long ago by floods and desperately ripped out some trees to clear space for our tent. Just as dusk turned to dark we had our tent up, right over a nice rock. But tired as we were after the exciting, inspiring, and hard day we were able to contort around the lumps (smoothed by some ferns) and catch bits of sleep.

An even earlier start at dawn had us through the bush, along the creek and back on the trail. once back on the trail we had tramped the first day we made lightning speed and made it out and back over the Taramakau River by 11. We congratulated eachother on the amazing tramp and headed back to christchurch to get back our studies.

- - day to day musings - - Portland, OR Your comments are always greatly appreciated.

All images are available for sale. Please contact me for availability and pricing.